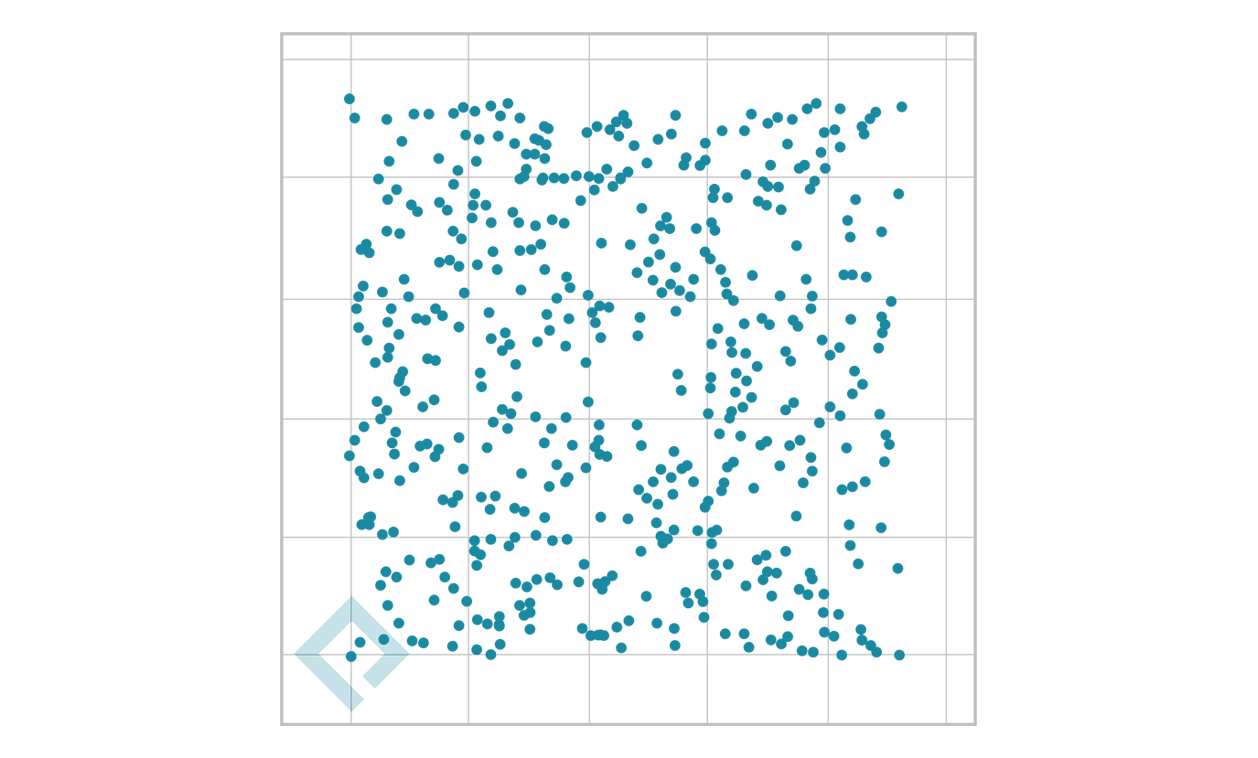 In this series of articles, I’m aiming to give you a solid foundation for blockchain development. In the last article, we gave an overview of the foundational math, specifically, finite fields and elliptic curves. In this article, my aim is to get you comfortable with elliptic curve cryptography (ECC, for short). This lesson builds upon the last one, so be sure to read that one first before continuing.

The Magic of Elliptic Curve Cryptography 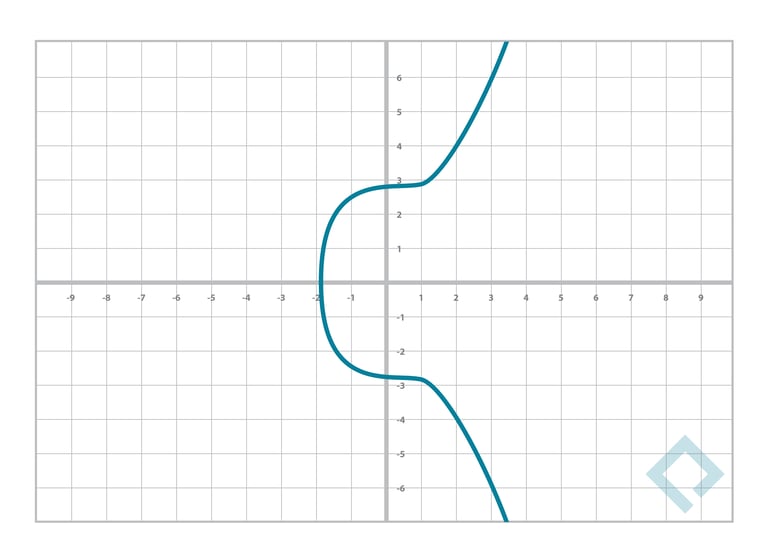 An elliptic curve over a finite field looks scattershot like this: 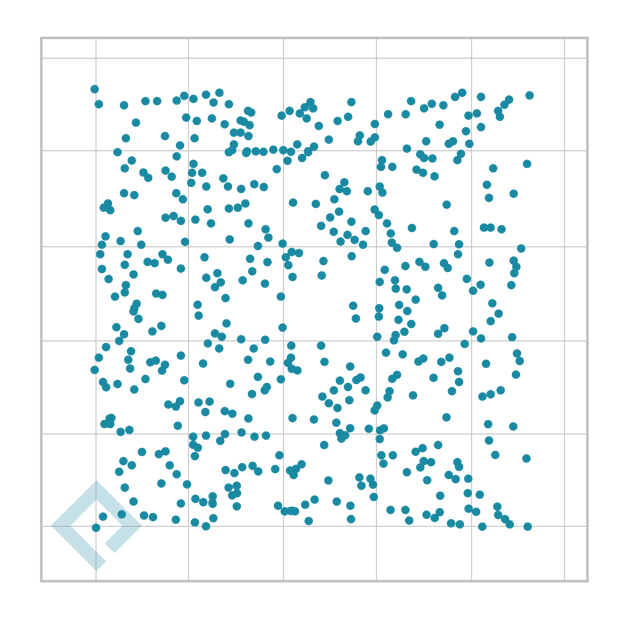 How to calculate Elliptic Curves over Finite Fields

The left side of the equation (y2) is handled exactly the same as  in a finite field. That is, we do field multiplication of y * y. The right side is done the same way and we get the same value.

The group law for an elliptic curve also works over a finite field:

As discussed in the previous article, the above equation is used to find the third point that intersects the curve given two other points on the curve. In a finite field, this still holds true, though not as intuitively since the graph is a large scattershot. Essentially, all of these equations work in a finite field. Let’s see in an example:

To get 1/27, we have to use field division as we learned last time.

Given a point on the curve, G, we can create a nice finite group. A group, remember, is a set of numbers closed under a single operation that’s associative, commutative, invertible and has an identity.

It turns out that calculating sG = P is pretty easy, but given G and P, it’s difficult to calculate s without checking every possible number from 1 to n-1. This is called the Discrete Log problem and it’s very hard to go backwards if n is really large. This s is what we call the secret key.

The curve used in Bitcoin is called secp256k1 and it has these parameters:

The curve’s name is secp256k1, where SEC stands for Standards for Efficient Cryptography and 256 is the number of bits in the prime field.

The big thing to note about this curve is that n is fairly close to p. That is, most points on the curve are in the group. This is not necessarily a property shared in other curves. As a result, we have something pretty close to 2256 possible secret keys.

Note that 2256 is a really large number. It’s around 1077, which is way more than the number of atoms in our galaxy (1057). It’s basically inconceivable to calculate all possible secret keys as there are simply too many of them. A trillion computers doing a trillion operations every picosecond (10-12 seconds) for a trillion years is still less than 1056 operations.

Human intuition breaks down when it comes to numbers this big, perhaps because until recently we’ve never had a reason to think like this; if you’re thinking that all you need is more/faster computers, the numbers above haven’t sunk in.

To begin working with elliptic curves, let’s confirm that the generator point (G) is on the curve (y2 = x3 + 7)

Remember, we’re always working in the Prime Field of p. This means that we always mod p for these operations.

Next, let’s confirm that G has order n. That is, nG = 1. This is going to require the use of a python library called pycoin. It has all of the secp256k1 curve parameters that we can check. Similar libraries exist for other languages. Note that the actual process is a bit more complicated and the reader is encouraged to explore the implementation for more details.

(None, None) is actually the point at infinity, or the identity for point-addition.

Private keys are the scalars, usually donated with “s” or some other lower case letter. The public key is the resulting point of the scalar multiplication or sG, which is usually denoted with “P”. P is actually a point on the curve and is thus two numbers, the x and y coordinate or (x,y).

Here’s how you can derive the public key from the private key:

The private keys are just 256 bit numbers, but the public keys are actually 2 different 256-bit numbers. This means that we need to serialize them. The same organization (Standards for Efficient Cryptography) created a format for this very purpose. There are two versions, compressed and uncompressed. Let’s start with the uncompressed version:

The first point from exercise 1 above is:

In uncompressed SEC, we concatenate the byte “04”, then the X-coordinate and then the Y-coordinate. It looks something like this in hex:

Because the x and y coordinates are 32-bytes (256 bits) each, the length of an uncompressed SEC format public key is 65 bytes.

It turns out this is a little bit inefficient. If we know the x coordinate, there are only two possible y-coordinates, the positive and negative (odd and even in a finite field). Thus, they came up with a compressed SEC format. The first byte is “02” if y is even, “03” if y is odd. Then we concatenate the x-coordinate. The above point in Compressed SEC format is this:

This is because the y-coordinate ends in A, which is even in hex. Note that compressed keys are always 33 bytes (1 byte + 32 byte x-coordinate)

Find the compressed and uncompressed SEC format for the public keys where the secret key is:

In this lesson, we learned how to combine finite fields and elliptic curves to create a finite group for use in public key cryptography. Next time, we’ll show how to convert SEC format public keys to Bitcoin Addresses and how we can sign and verify messages using the math learned here.